If you want to see even more pictures, check out my flickr at:


I am now certified to breathe underwater; at least that’s the gist of it. You see, two weeks ago, I began my PADI Open Water Diver course. It was without a doubt, one of the best things I’ve ever done in my life. 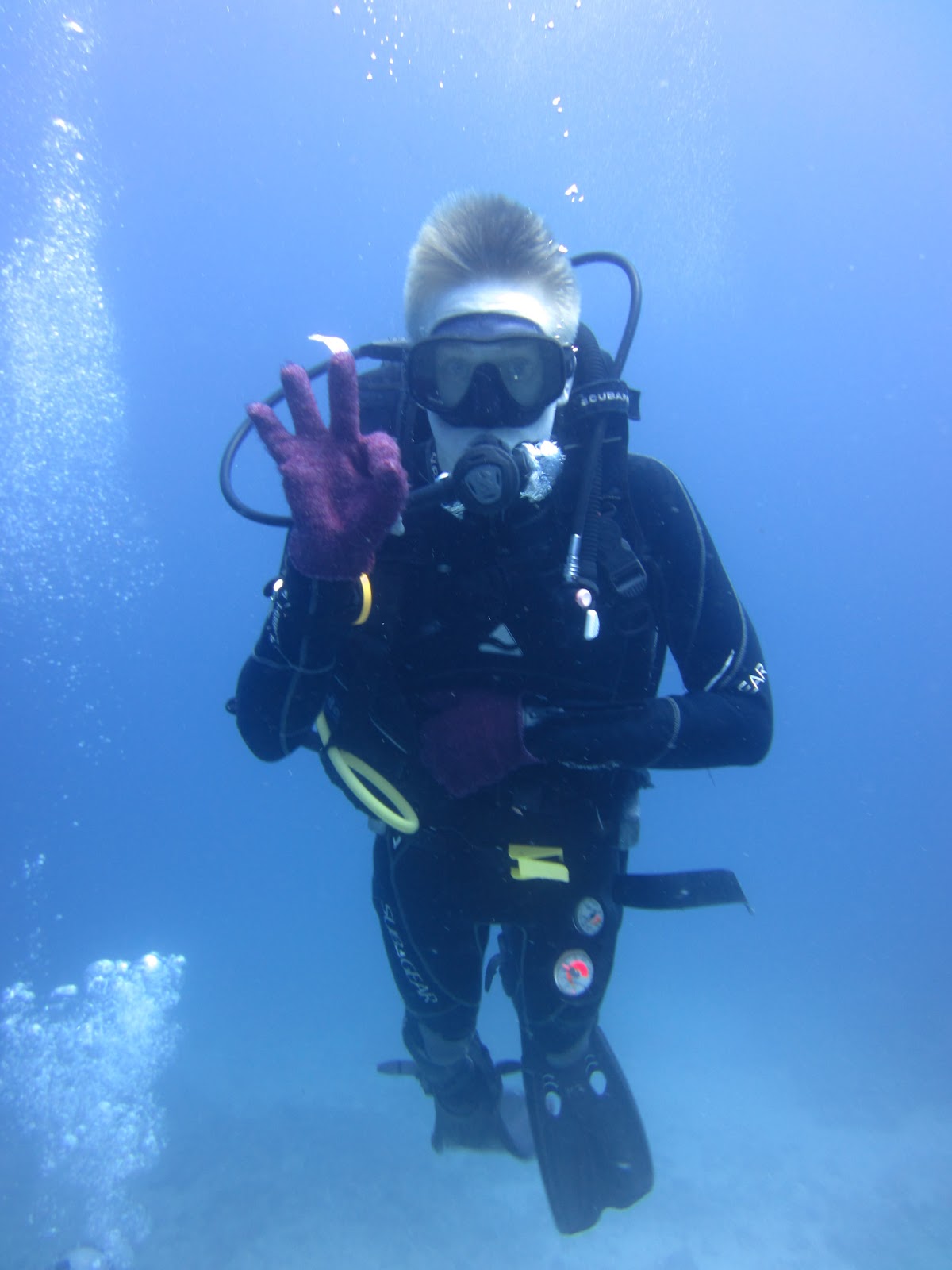 The four day course began with theory and in pool exercises, pretty boring stuff to be honest. Although the feeling of breathing underwater is definitely worth the inconvenience of slapping a scuba tank on your back. But once we got these little requirements out of the way, it was time to move on to the real diving, open water.

The Galápagos is actually considered among experts to be the best place in the world for diving... it’s also one of the most difficult. The islands are affected by several strong ocean currents that make diving here difficult even for advanced divers. You have the Humbolt coming up from the south, the Cromwell Countercurrent from the West, and the Panamic Current coming from the north. All of these currents are changing on a daily basis, which means that visibility, temperature, and current strength can be different day to day. The benefit of having these currents is that they flood the Galápagos with tons of plankton, algae, and nutrient rich water, all of which attract large marine life. It is for this reason that the Galápagos is one of the best places in the world to see sharks, manta rays, turtles, and sea lions… and I saw plenty.

Our open water dives began with the very humbling activity of struggling into a seven millimeter wetsuit. If there’s anything more revealing than a skin tight layer of neoprene I don’t know what it is. But putting all shame behind us, we suited up, clipped on our BCD’s (buoyancy control devices), strapped on our tanks, and took the plunge. At first it’s an odd feeling to breathe underwater, but that quickly goes away once you descend into the underwater world. Being down at 20 meters really does feel like being in another world. I’ve never been so surrounded by wildlife as when diving. At different points you’re swimming with schools of tropical fish, playing peek-a-boo with a moray eel, or being circled by hundreds of sharks.

I breezed through the practice, aced the tests, and before I knew it, was the proud owner of my diving certification. Along the way I had the privilege of meeting and diving with the executive coordinator of the Charles Darwin Station, who taught me countless things about the islands and what it’s like to live here. I also have to give a shout out to my amazing dive shop, who made it an unforgettable experience… thank you Scuba Iguana!